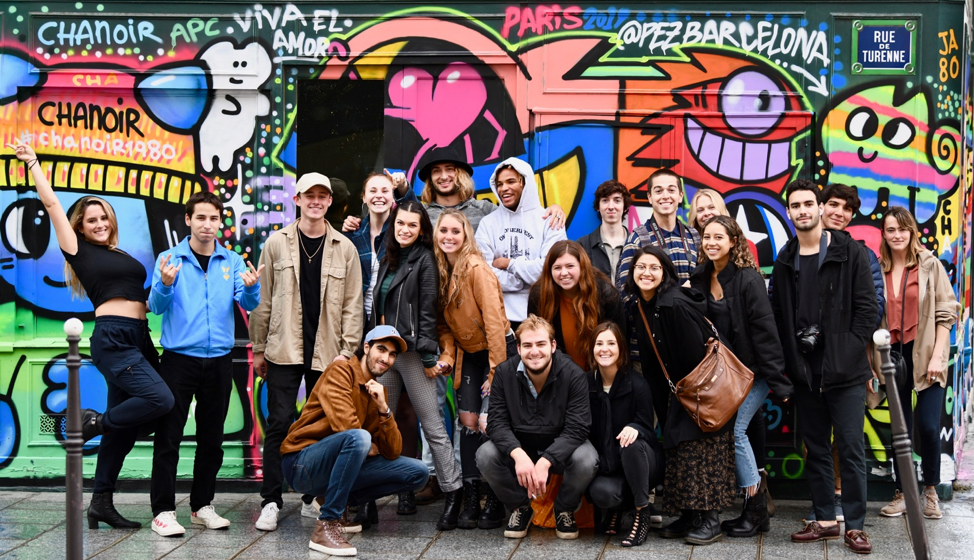 This week, we join Accent Community College Scholarship recipient Sam Haj as he reflects on the many adventures of his first month in Paris. Sam shares his tips on how to overcome homesickness, reminding us that the key to a rewarding study abroad experience is to “stay awestruck”.

Wow. This is real. I’m actually in Paris right now. All my life I’ve dreamed of traveling the world—scaling mountains, swimming with dolphins, skiing in the Swiss Alps, and learning as many languages as possible along the way. But I never really thought I was ready to leave home, especially all on my own. And certainly not to a place on the other side of the world—as a teenager!

This past month has been surreal. I flew on a plane by myself for the first time in my life, navigated a foreign country successfully (with only my high school French skills), learned how to live with roommates, and to cook at home instead of eating out every night. I grew and changed so much as a student, a traveler, a chef, and as a person. If you asked me one month ago how to balance studying, dealing with roommates, housing issues, personal hygiene, finances, fitness, cooking, planning weekend trips, and staying in touch with family and friends back home while abroad, I would have stared back at you blankly and probably started whimpering. Well, guess what? I didn’t whimper—not even one bit. Despite what you may think, assimilation comes naturally to everyone, even though it might take longer for some people than others. The key is to stay awestruck; no matter how confusing, stressful, or grim circumstances may seem, take a step back and smell the flowers. Remind yourself that you’re in Paris for crying out loud, and that for all the trouble you’ve undergone to get to this point, you should be proud of yourself! It takes grit and resilience to commit to being away from the familiarity and comfort of home life for weeks (or in my case, months) at a time, overcoming a language barrier, learning from culture shock, finding time to sleep, and keeping your grades from slipping. But such is life: without challenges we could never triumph, and without failure we could never succeed. As eloquently put by my friend Eric, “all obstacles are destined for conquest.” Just like the first person to climb Mount Everest, or the first gold medalist in the Olympic games, or the student everybody thought was a delinquent who graduated high school with the highest honors, it will take time. And suffering. And probably a lot of homesick nights spent asking yourself What am I doing? Just keep in mind that it can only get better. After all, you’ve already done the hard part.

I’ve still got two months ahead of me, but already I’m overwhelmed by all that I’ve seen, heard, smelled, touched, tasted, and learned. Europe is one of the best places to travel in the world, if you ask me, because it serves as a watering hole for the cultures of over 40 countries. That’s at least 40 different dialects, customs, social systems, national holidays, flags, specialty dishes, and overall ways of life. The best part about it is the proximity between them all; you can travel from Barcelona to Budapest in less than a day by taking a train ride on the EuRail or a flight on the EuroJet. And because it’s considered domestic, the prices are cheap. Perfect for college students studying abroad! In just the month I’ve spent here so far, I’ve seriously improved my French in Paris, learned some Dutch and German in Amsterdam, added to my basic repertoire of Spanish words in Barcelona, and began learning Hungarian in Budapest. That’s still only about 10% of what Europe has to offer! And don’t even get me started on the food…French baguettes and croque-monsieurs, Dutch stroopwafels, Belgian chocolate, Spanish Paella, Hungarian Goulash, Italian Lasagna…it would take several lifetimes to try all the glorious, mouthwatering dishes found throughout Europe, so if the opportunity ever presents itself, do as I did, and JUMP onto that plane! You can thank me later.

Studying abroad is an amazing way to expand your horizons and experience growth. Explore your options with Accent to take your first step into a new and exciting journey.

Previous
Accent Community College Scholarship: A New Way of Life
Next
Accent Rome: Villa D'Este, From Past to Present