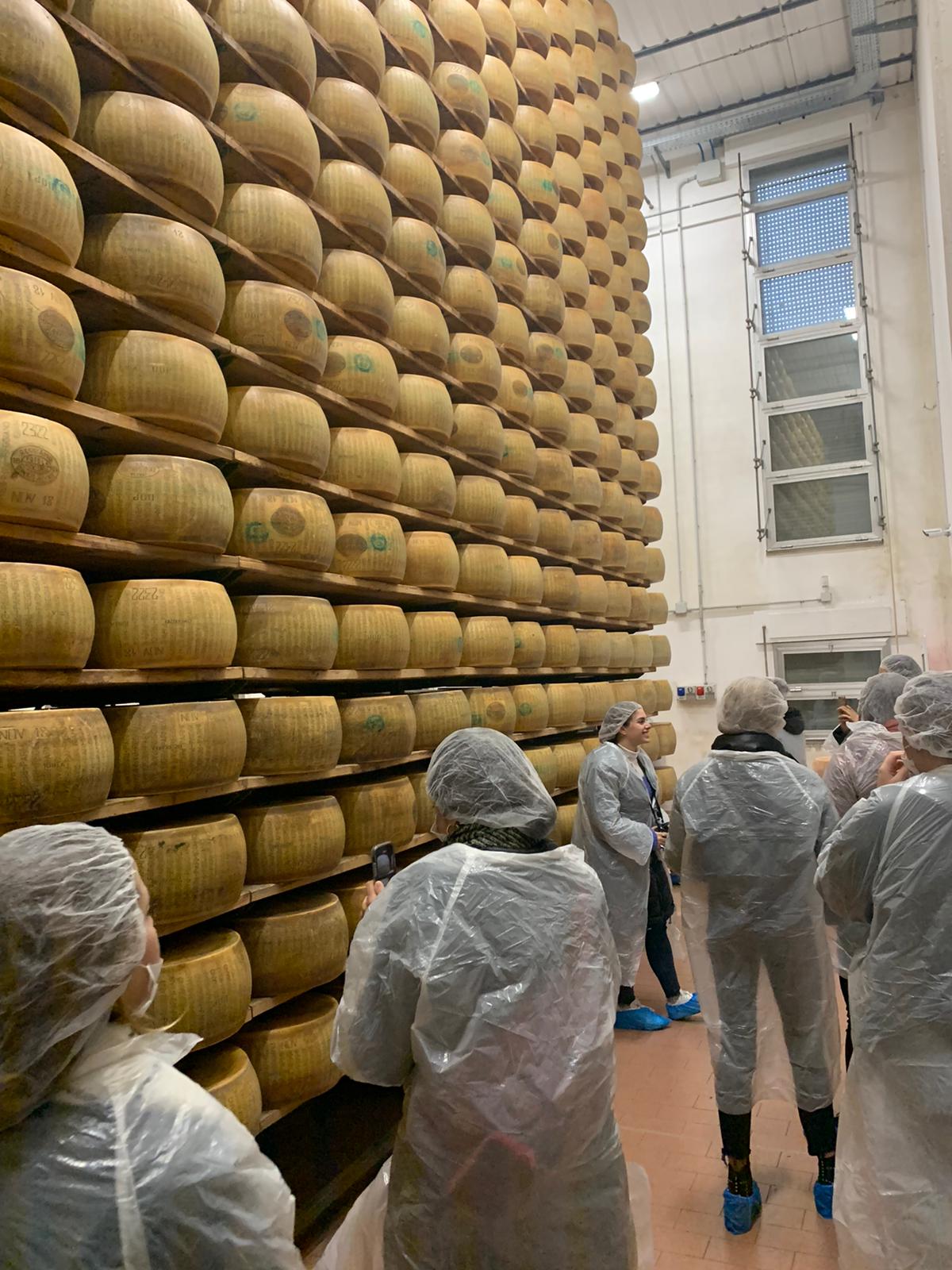 This week, Accent Rome Programs Coordinator Alice Mangia shares her insights into USC students’ recent excursion to Bologna, and describes what they learned about some of our favorite Italian exports: parmigiano and balsamico!

Many Italian cities have nicknames that symbolize the history of the city, or describe the city itself. For example, Rome is known as the Eternal City, and Venice as La Serenissima. Bologna has not just one, but three nicknames: la dotta, la grassa, la rossa (the erudite, the fat, the red) and these offer an explanation as to why the city is the perfect weekend getaway, as a group of USC students discovered last weekend. 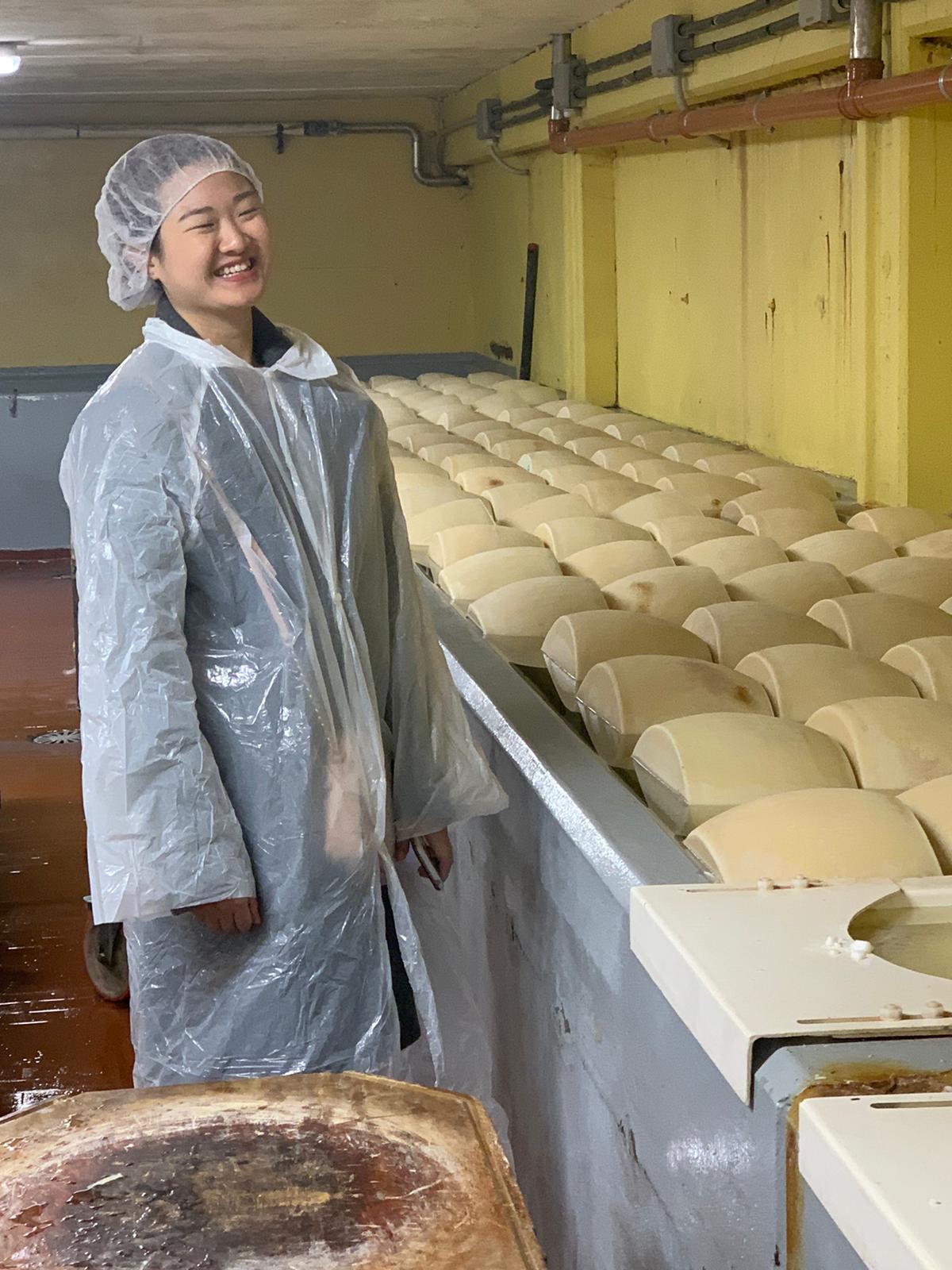 The first nickname “la dotta,” the erudite, comes from the fact that Bologna is home to the first university in the world, founded in 1088. To this day, students from all over the world still come to study here and crowd the porticos that characterize the city. The Alma Mater Studiorum University is well worth a visit, especially the library and the teatro anatomico – the lecture halls where medical studies took place in ancient times.

The second nickname “la grassa,” the fat one, requires little explanation. Bologna offers a rich and varied cuisine. Food staples include tortellini, mortadella, parmigiano cheese, and balsamic vinegar. On a recent program, students hopped on a bus in Bologna and visited the Parmigiano producer ‘Consorzio Produttori Latte’, to learn how parmigiano cheese is made. Every morning at 5am, gallons of milk are delivered to the Consorzio’s facilities, where the transformation then begins with cheese wheels immersed in salty water. The whole process is quite long, but it’s well worth the wait: it takes at least a year to season a wheel of cheese. As it matures, Parmigiano Reggiano gains its well loved granular texture, and when cut into slivers, it becomes crumbly and delicious: perfect to top pasta with or as a snack by itself. 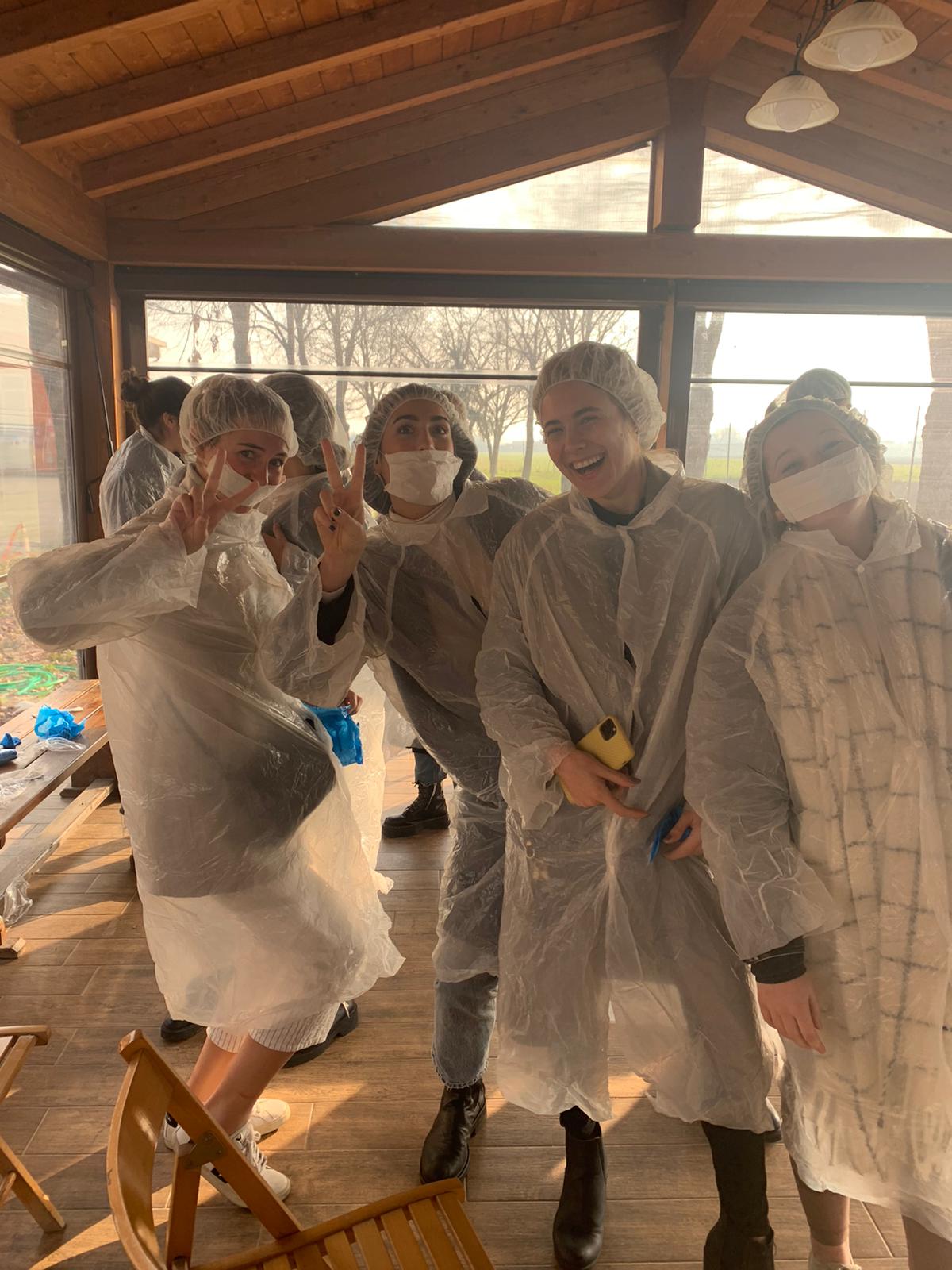 The second stop of the day was at ‘Tenuta Medici Ermete’, a balsamic vinegar producer. As with parmigiano, balsamic vinegar takes time and patience. The process begins by pressing grapes in huge vats. Less than 24 hours later, the grape must (grape juice) is sieved, and brought to a boil. Finally, it is left to cool, and poured into small barrels made of high-quality wood. The vinegar is then aged for a minimum of 12 years! 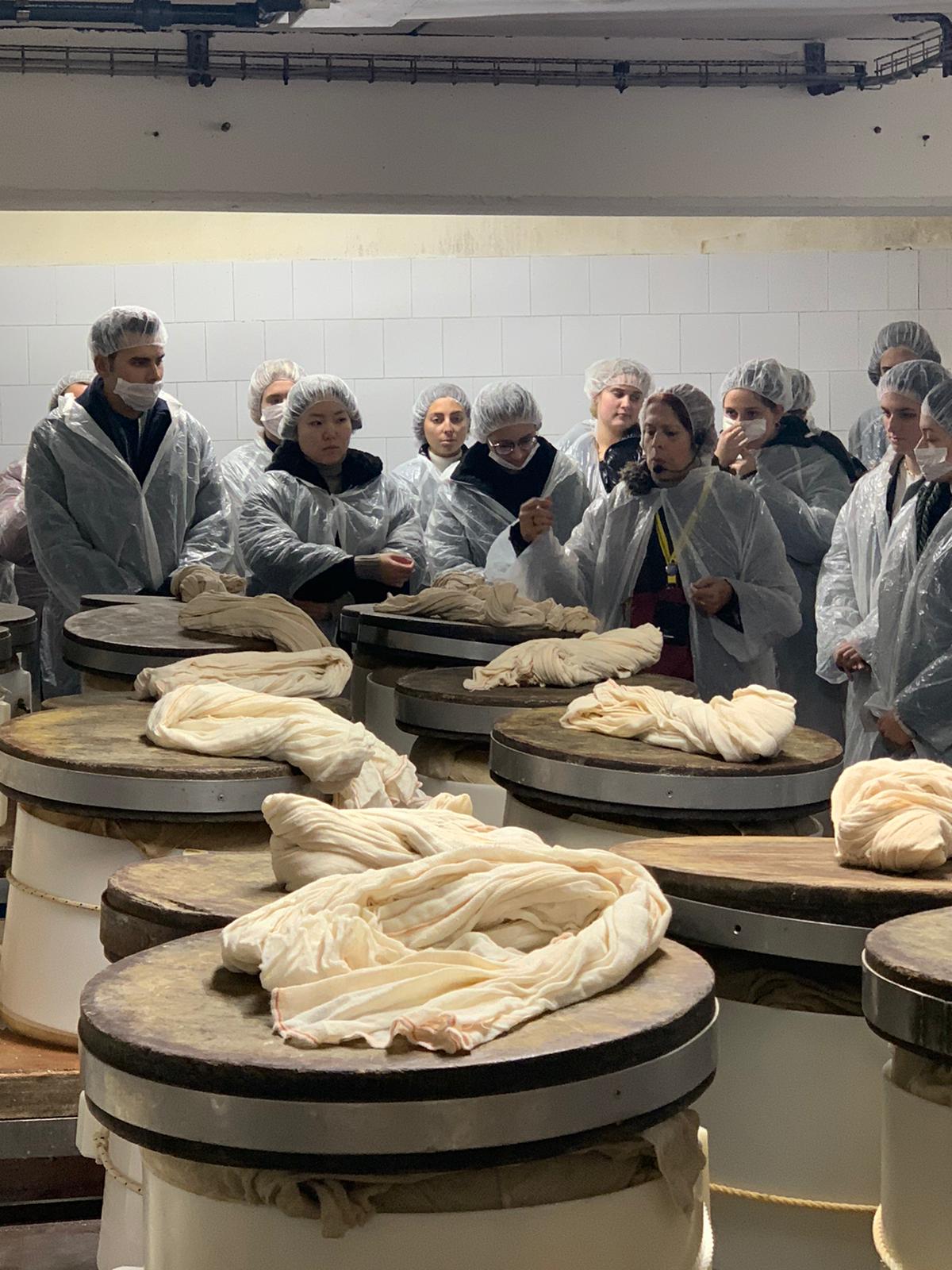 After the gastronomic tour, the students headed back to Bologna to try to discover the meaning behind the third nickname: “la rossa,” the red one. Some say it comes from the terracotta color of the buildings and roofs; others recall that the city’s political past, for years, oriented to the left, and to communism. Nowadays, nobody seems to question the meaning, it’s simply one of those Bologna secrets you have to discover yourself!

Did this post inspire you to study abroad and build your own unique experience in a new country? Explore your options with Accent to discover your next great adventure!

Previous
Accent Community College Scholarship: The Beauty of Florence
Next
An Excerpt from Insights: "Learning to See" at La Specola Natural History Museum