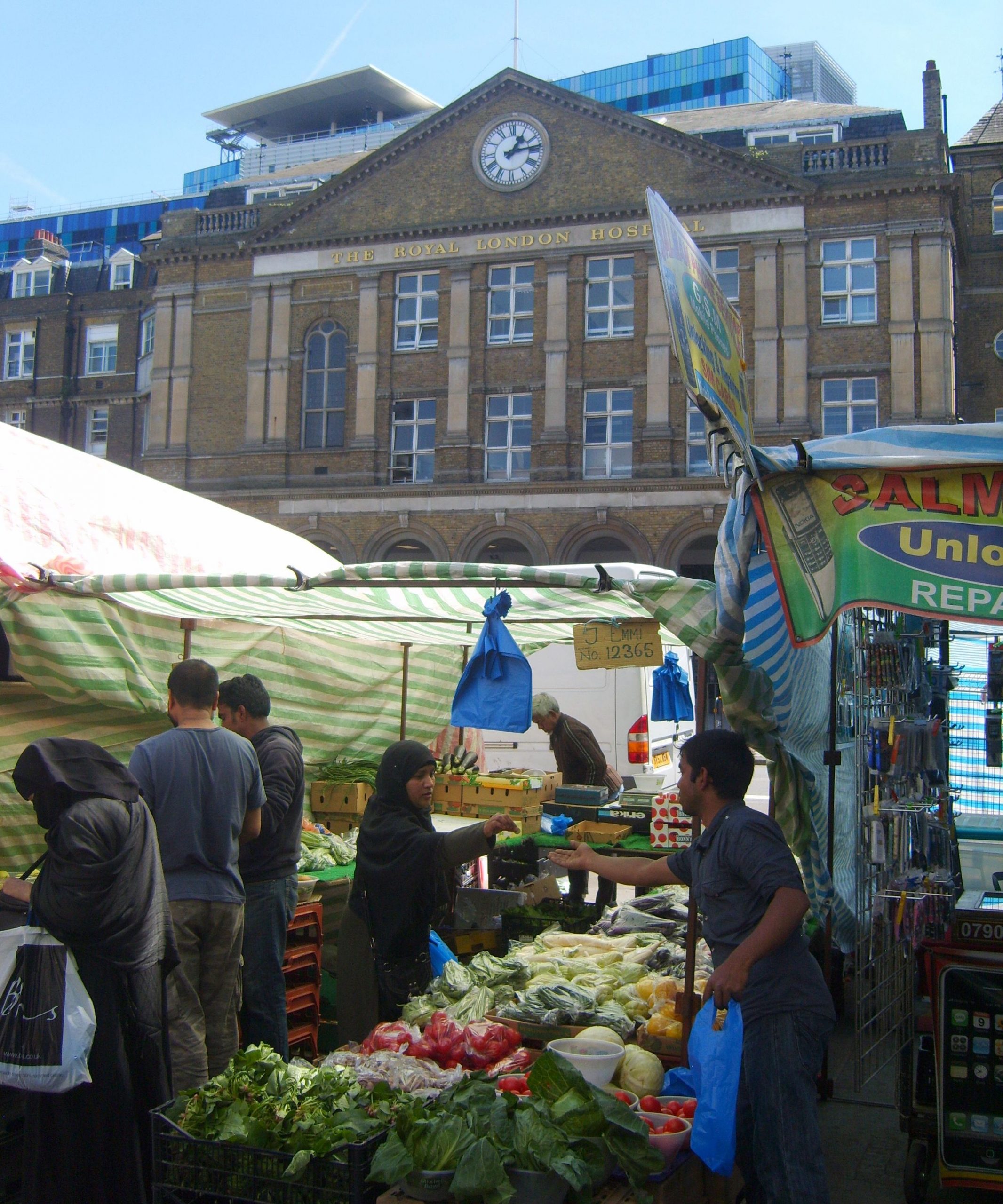 Over lunch at a Punjabi restaurant in Tower Hamlets, Arizona State University students pored over charts and maps illustrating nutritional inequality in the area. Students were particularly impacted by a graphic that interpreted a Tube map to show how life expectancy decreased with each passing stop on the Central Line. The materials, prepared by researcher Natalie Savona, set the backdrop for an on-site lecture in the streets of East London. Savona is a nutritionist and Ph.D. candidate at the London School of Hygiene and Tropical Medicine, studying health inequalities and behavior in relation to food choices.

The walk began near the Royal London Hospital and continued past Arnold Circus, one of the area’s first social housing projects that replaced a slum in the 1890s. Students saw a blend of cultures thriving alongside one another and walked through local markets, where unusual fruits and spices are sold and many languages spoken. This vibrancy, according to Savona, often masks significant health inequalities.

The students learned that inequality has always been central to the study of public health, and discussed links to poverty, racial inequality, social exclusion, and gentrification. At one stop, Savona showed a map of the exact area during the Victorian era, which was then similarly marginalized – burdened by malnutrition instead of obesity and diabetes.

The group ended at Spitalfields market. Originally the site of a hospital built in 1197, the market now houses trendy stalls selling vintage clothes and fine foods in one of the most affluent parts of London.

Health inequality is a sensitive topic for such an on-site lecture, but Savona thoughtfully challenged students to consider current data and anecdotes from history to guide observations as they explored East London. Students saw firsthand how some of the social determinants of health and the pressures of urbanization and globalization impact attitudes towards public health.