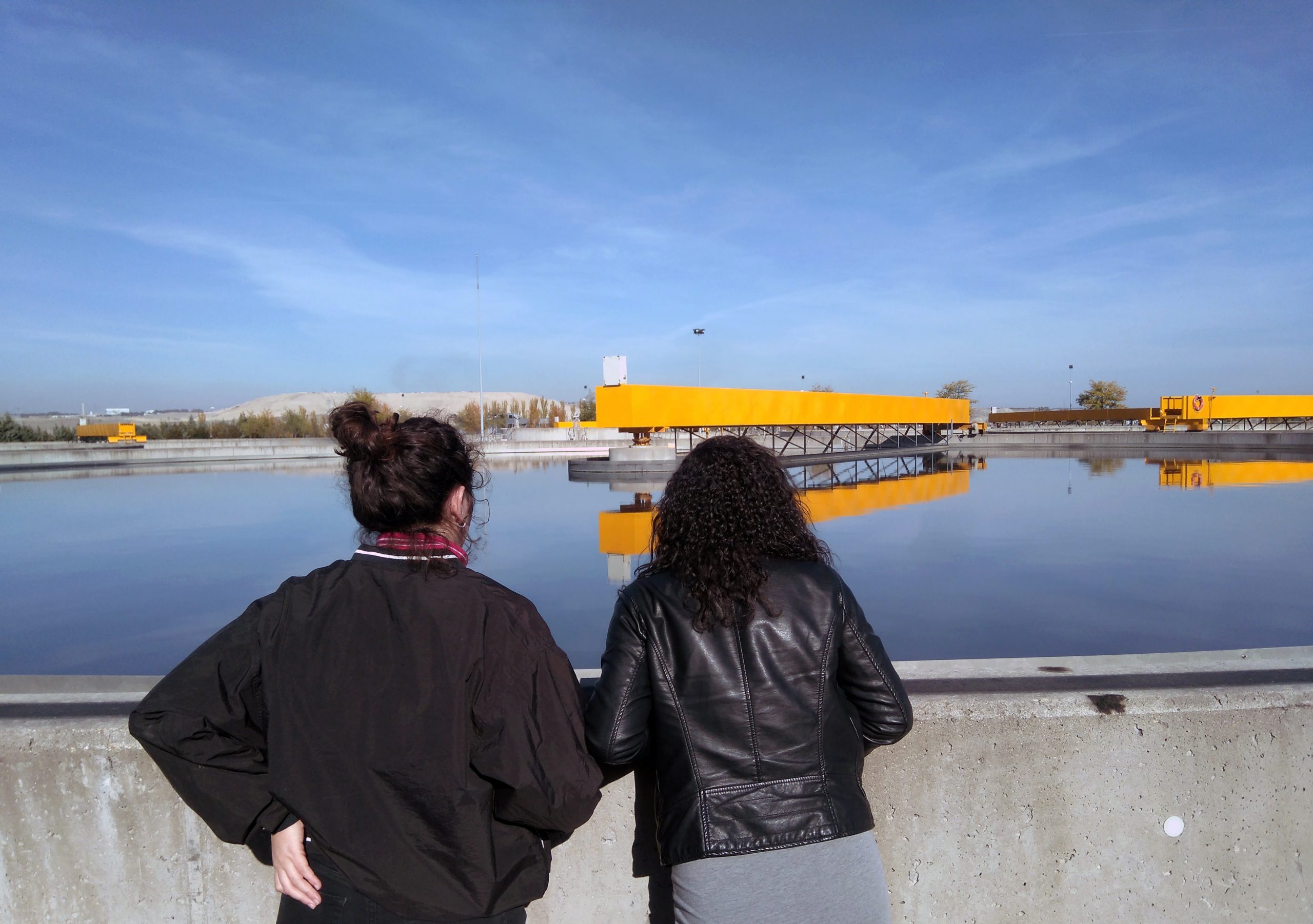 In November 2017, University of California students visited EDAR Arroyo Culebro, a water treatment plant located in Getafe, Madrid. Managed by ACCIONA and Canal de Isabel II, this plant purifies waste water from more than a million residents in the Madrid area and transforms it for irrigation and street cleaning. EDAR Arroyo Culebro is an interesting collaboration between private and public sectors. While ACCIONA is a corporation dedicated to the management and development of infrastructure, renewable energy, and water services; Canal de Isabel II is owned by the Autonomous Community of Madrid and is responsible for the management of the city’s water systems.

After a lecture with Patricia Cruzado and Tomás Mogollón, representatives of Canal de Isabel II’s branch dedicated to the purification of the Tajo and Tajuña river basins, students learned that thanks to the technology of reverse osmosis and the filtration systems at EDAR Arroyo Culebro, not only are the parks and streets of Madrid healthy and clean, but the water given back to the Manzanares River, home to a great variety of birds, reptiles and fish, is free from major pollutants.

These facts sparked conversation amongst the students, but the fact that provoked the most debate was EDAR Arroyo Culebro’s production of more than half of its own electricity through biogas derived from the by-products of water treatment.

Next, students took a tour of EDAR Arroyo Culebro’s facilities and experienced first-hand the importance of water treatment by taking a look at samples of water before and after the process. Fascinated by the complexity of the system and the passion of its workers, the students asked questions about the sewage filtration system, levels of medicine and illicit drugs revealed in the water, and the CO2 byproduct of biogas energy production.

Even though the UC students only spent a couple hours at EDAR Arroyo Culebro, the visit inspired them to think critically and link the concepts acquired during the visit with those of water use and landscape ecology learned through their Political Ecologies class, a custom, interdisciplinary course in which Spain and California’s environmental histories, political systems, and socio-economic and political actors are compared and analyzed. Surely, next time these students walk by the Manzanares River they will think about the expertise and research activities of the representatives they met at EDAR Arroyo Culebro.