Moving frequently from a young age, Ioana Simona Nistor had lived in Europe and Asia before starting her degree at Washington University in St. Louis. Romanian by birth, Ioana is a global citizen and found an internship in London with a truly global brand – Manchester United. The Olin Business School double-major in Economics and Finance recently finished a semester as a Commercial Analyst Intern in the team’s London-based research group as part of Olin’s London Internship Program with Accent.

Manchester United’s London operations focus entirely on sponsorship and include teams dedicated to research, sales, design, and operations. The research team that Ioana joined is the only research department in the organization’s global operations network.

In her role, Ioana researched various industries and companies, analyzing financials, markets, and strategies to assess their potential for partnership with Manchester United. Beyond research tied to the team’s commercial projects, Ioana was involved in gameday as well, preparing reports for Manchester United executives on the competing teams, their leadership, top players, and even cultural differences between the teams’ host countries.

The research team was relatively small and composed mostly of recent UK graduates, while the operations team in the same office included a number of current UK student interns. It was a young, dynamic, and collaborative environment. Though the office had an informal structure, Ioana’s previous internship and classroom experience allowed her to manage her time and exceed expectations.

Outside of the office, Ioana was able to lean on her team network to help set up a meeting with the assistant to Manchester United’s Chief Operating Officer during the Wash U group’s excursion to Manchester. Later in the semester, she returned to the team’s home stadium to participate in a women’s soccer game with other female interns and employees.

Ioana reflects on the experience positively and thinks it will help position her for analyst roles after graduation. Her future plans are still open, though she sees herself starting her post-graduate career in consulting or retail. In the meantime, Ioana remains in London where she secured a summer extension for her Manchester United internship. 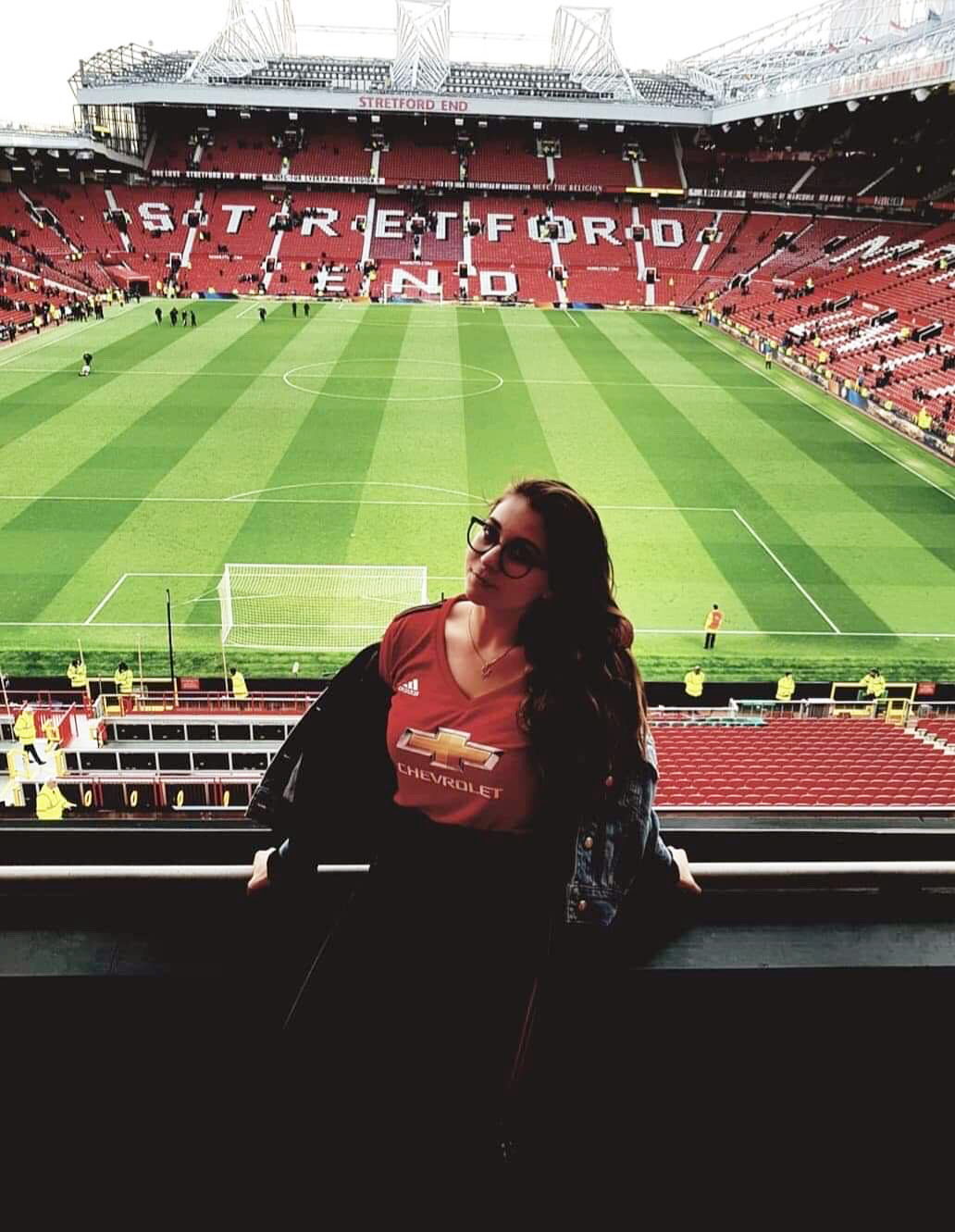