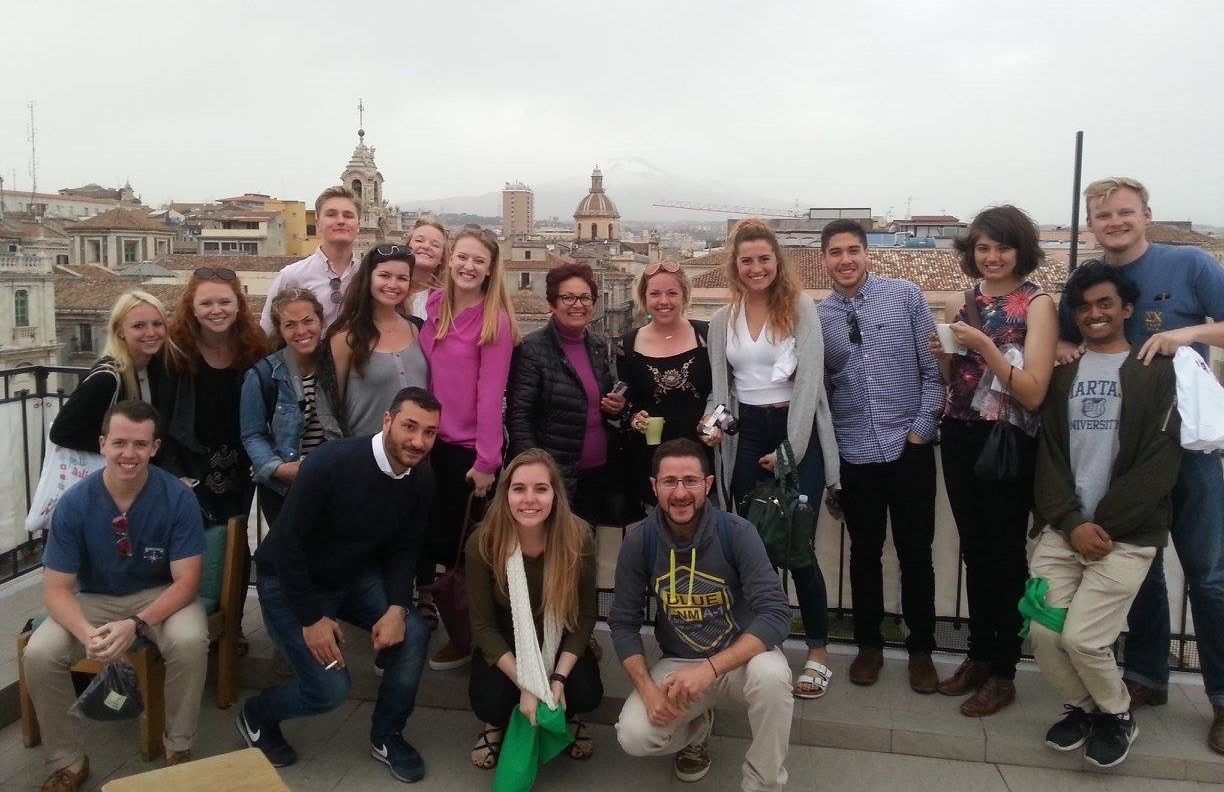 Professor Marco Bracci’s Sociology of Crime course is prompting University of Minnesota students in Florence to study the relationship between crime, culture, and media, focusing on the mafia and some high-profile criminal cases in central Italy, such as the Amanda Knox trial.

The course deals with the most relevant sociological theories on crime as a particular form of deviance, aiming to apply different theoretical perspectives to the study of the relationship between crime and culture in contemporary societies. It is designed to take full advantage of the students’ experience abroad and focuses on Florentine and Italian contexts.

In April, Bracci’s students departed for a Sicily study tour. While there, they met with representatives of Addiopizzo, an NGO fighting the tradition of businesses paying a pizzo or bribe to the local mafia boss simply to be allowed to remain open for trade. The group met with Addiopizzo representative Francesco Fiumara, a lawyer and activist who explained the challenges the organization faces in Sicily, and the organization’s aims which include education, racket prevention, and solidarity. Addiopizzo provides legal support to those brave enough to denounce the extortion, and helps them cope with the consequences, which range from menacing behavior to an escalation of threats and violence.

“I found all of this extremely interesting. It was a very different look at the mafia and who they actually are…we are used to the movies, like the Godfather,” one student reflected. “Prior to our trip to Taormina, I was already aware of the mafia, but only in a general capacity. I may have known that different mafia groups impact the economy in their towns, but I did not know the specifics on how exactly they accomplished this.”

Back in Florence, the course continued with a look at the representation of crime in the Italian popular music culture, as well as the violence in and around sport that continues to plague Italian soccer stadiums and beyond.