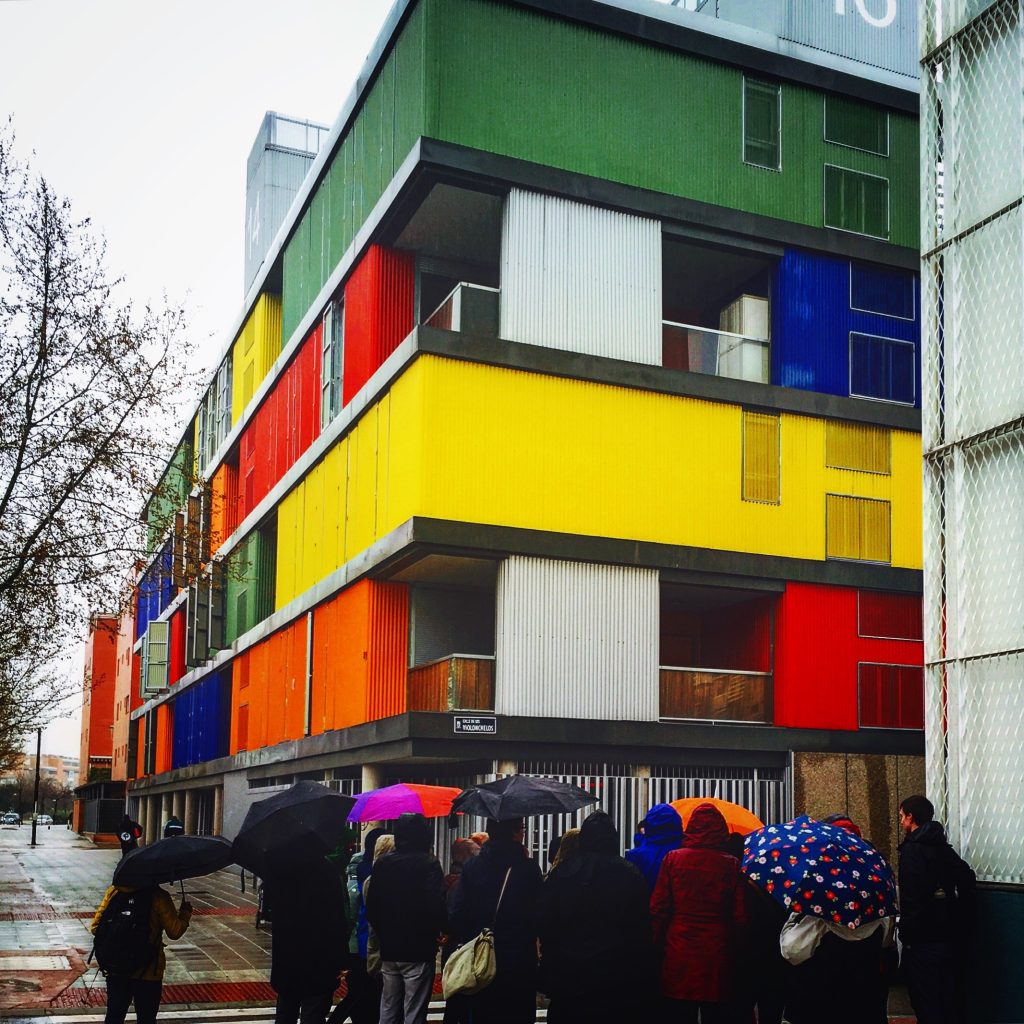 On a rainy day in March, architecture students from the University of Minnesota College of Design boarded a bus and traveled to Madrid’s southern periphery to study public housing in the Vallecas and Carabanchel neighborhoods. Both areas have a strong tradition of engaging design in the service of community equity.

Groups of graduate and undergraduate students, led by professors Vincent deBritto and Ozayr Saloojee respectively, approached the topic from a comparative perspective, reflecting on similar initiatives in the Twin Cities, but also Amsterdam, Istanbul, and Rome, where they spent the earlier weeks of the semester.

Architect and architectural historian Concha Bibian Díaz led the group to explore some of the area’s most innovative projects by local and international firms including FOA, Thom Mayne, Lina Toro, and Vasquez Consuegra, while leading discussions on the financing and operational structures of the apartment blocks.

Not only do these projects provide accessible housing to the individuals served by the city’s social housing scheme, they have also served as an important creative space and launch pad for Spain’s young designers and smaller studios, otherwise blocked out of the bidding process for such large-scale initiatives. Spain has one of Europe’s highest rates of youth unemployment, and at the peak of the economic crisis that sparked in 2008 with the burst of the housing market, seven out of ten architects in Spain were without work.

Public funding means strict building regulations and reduced budgets, requiring creativity in design, choice of materials, and building techniques, all of which are reflected in the colorful patchwork of each neighborhood’s cityscape.

The groups also reflected on the intentionality of community space through landscape design, observing the different ways in which residents had found uses for courtyards and architects had positioned buildings to create shared space.