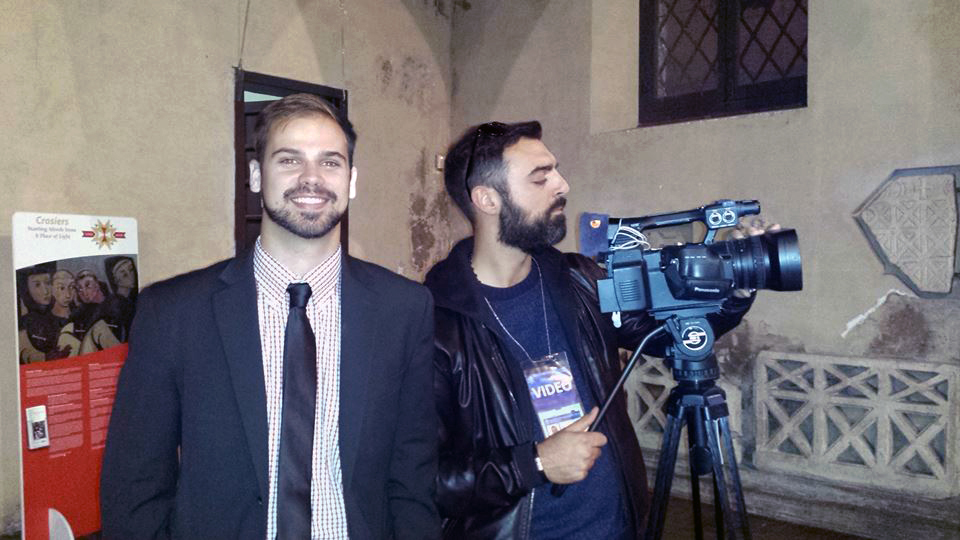 When Zach Styx, journalism major from the University of Minnesota, secured an internship with Rome Reports news agency, he hardly imagined that he would soon be reporting on-camera from St. Peter’s Square, conducting interviews with passing bishops and cardinals.

Zack chose Rome for his semester abroad as he wanted to go somewhere that would take him out of his comfort zone and challenge him linguistically. “I had decent Spanish but zero Italian when I arrived,” Zack recalls. He admits to disliking Italy for his first two weeks, but now back in Minneapolis, has only positive memories of his time in Rome and his internship was the highlight.

“My internship was the most important part of my study abroad experience,” says Zack. Rome Reports is a Vatican-based news agency, which produces video reports to sell to other large news agencies.

Zack recalls his first day: “My mentor Adam said that he was going to throw me into the water and see if I could swim. He said that I could get as much out of this internship as I put in. This meant that from the first day I had to be entrepreneurial. I began by researching, translating and editing copy, and then moved onto more hands-on work with the broadcast crew. I always showed up early and I enjoyed it so much it didn’t feel like work to me”.

Soon Zack was given his own camera and sound crew and sent out to do reports and interviews in St. Peter’s Square and beyond. One of his favorite memories is covering an event between the Japanese Embassy and the Vatican Pontifical Council for Culture. It was a Japanese flute concert in the seventh century church of San Giorgo al Velabro and he was given sole responsibility for reporting on the event.

“I was also lucky” recalls Zack, “that the Pope was very active during the time I was reporting on the Vatican, with his trips away including the one to Africa, and the Vatileaks scandal came out too.”

Zack graduates this month and plans to join the Air Force. For now, his journalistic ambitions are on hold, but he hopes to be able to connect his two passions in the future.