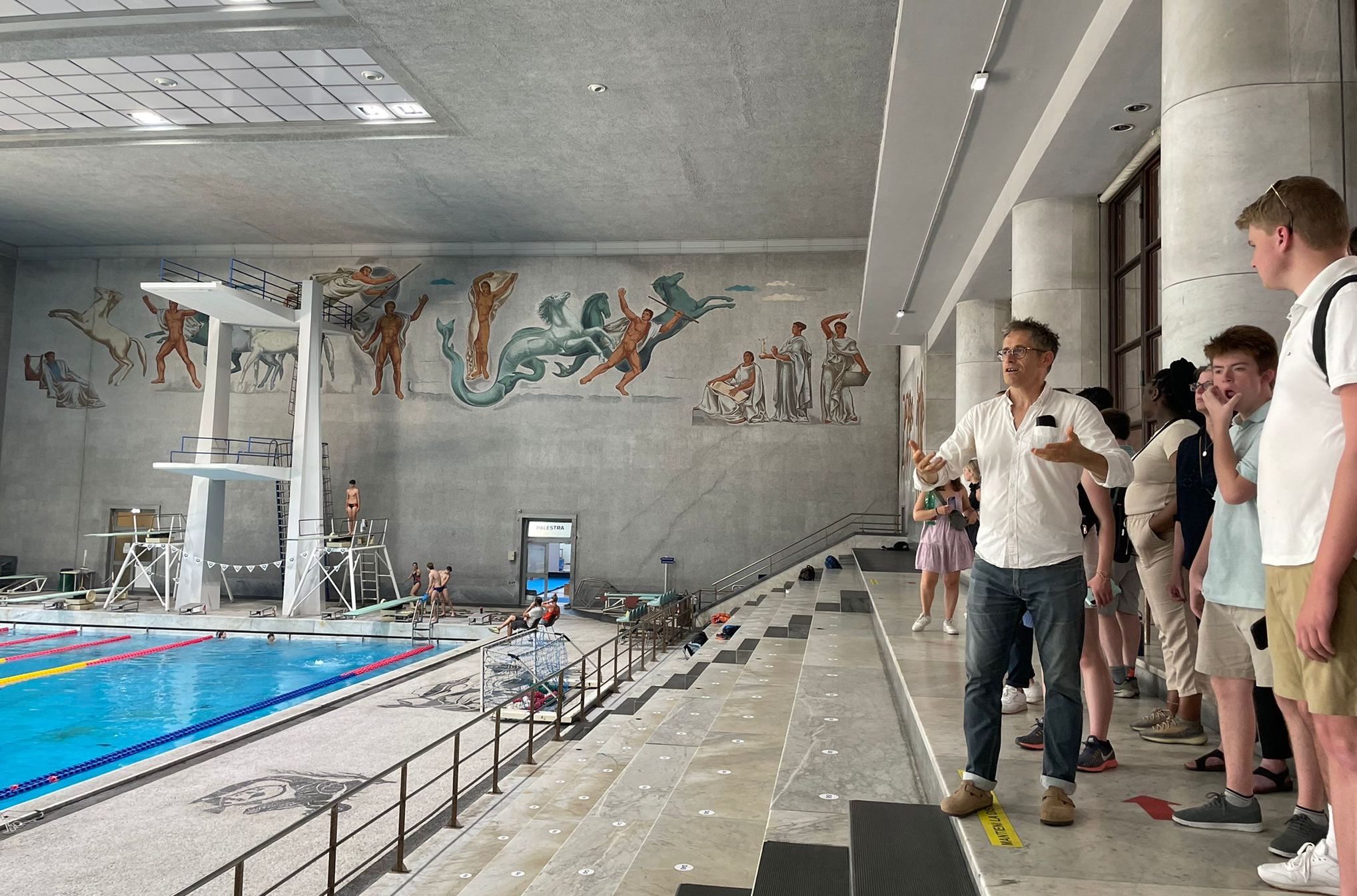 A group of young people walks with intent around the Foro Italico, the monumental sport complex in northern Rome, which hosts not only many fields, courts, and training facilities, but also the headquarter of the CONI, the Italian National Olympic Committee. These are not athletes, but students from the summer program in sports journalism, developed by Accent in collaboration with its partner institution Michigan State University.

Leading the students around the historical complex, created during Mussolini’s fascist regime, was Dr. Simon Martin, researcher at the British School at Rome and at the University of Hertfordshire, and leading expert on sport in Italy during fascism. With Dr. Martin the students visited several areas of the Foro that are normally closed to the public, including the mosaic-decorated swimming pools and the main representative room, in which official CONI press conferences take place. There, under a large wall painting from the 1920s praising the fascist regime, the students discussed the contrast between the beautiful setting and the troubled historical context in which it was created.

Later, they met with two CONI communication specialists, Luana Ciattaglia, Marketing Specialist, and Francesco Mazzoldi, Media Relations and Communication manager, to discuss how the Committee handles its official communication with the media. Students were particularly inquisitive about how contemporary Italian athletes promote themselves and their public image in the age of social media, and the coordinating role the of CONI with communication.

In addition to the visit to the Foro Italico, the program featured many other opportunities for experiential learning, as Rome is the center of a dense network of athletes and organizations. During their two weeks in the city, the students also met with sportswriters, communication specialists, and governmental organizations. A special guest was former rhythmic gymnast Elisa Blanchi, Olympic silver medalist and World Championship winner. During the meeting, students had the chance to ask about her experience as a top-level athlete, while at the same time practicing their interviewing skills and learning how to ask questions like true communication specialists.

The two weeks in Rome were only half of the experience, as this summer program spans for a full month and is split between Rome and Paris, another important European hub for sport and communication, and chosen site of the 2024 Summer Olympic Games. This program was custom designed for the MSU minor in Sports Journalism and is offered every other year. 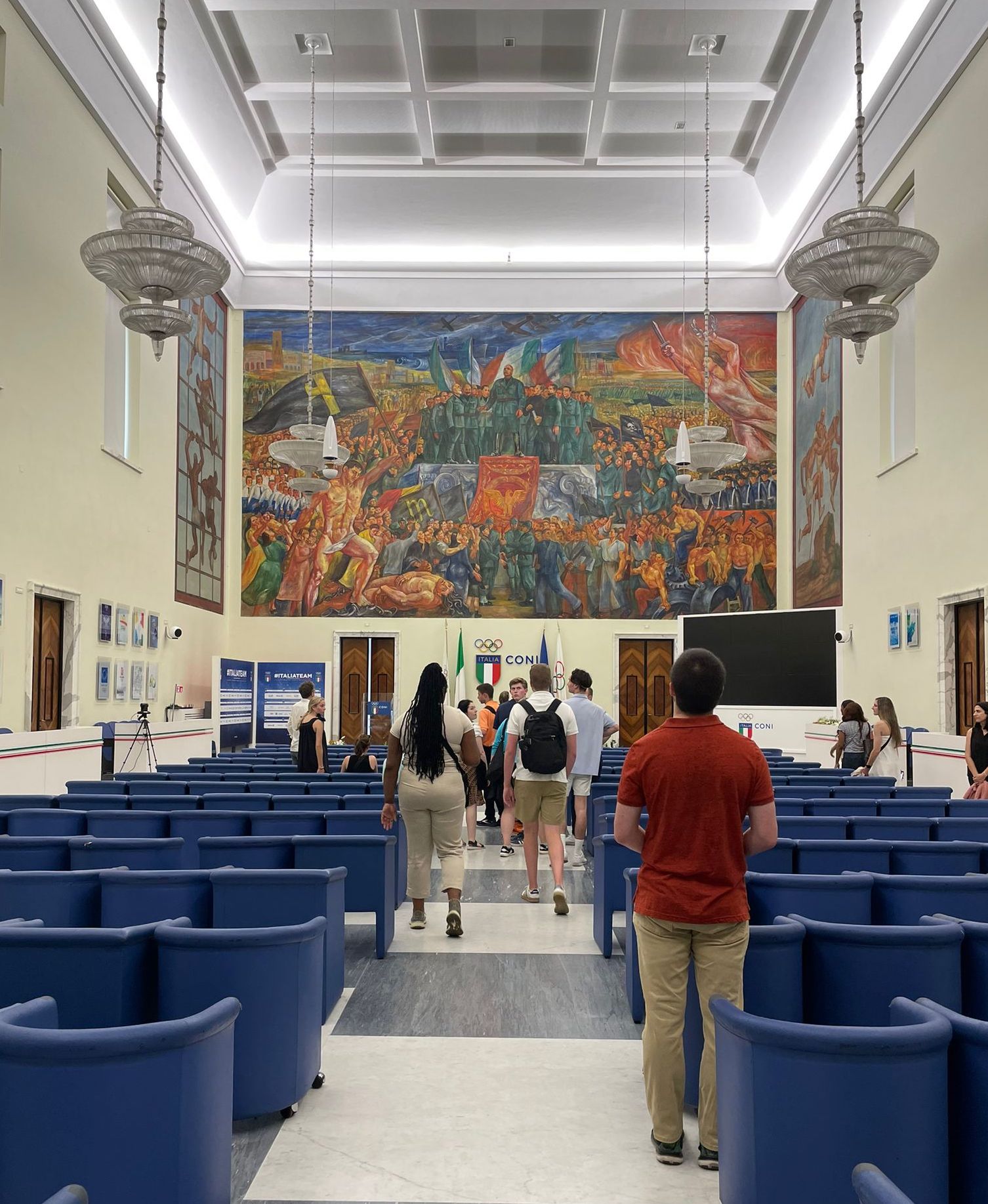 Accent collaborates with U.S. partners during the program design process to develop topical study tours throughout France, Spain, Italy, the U.K., and around Europe, building on program themes through comparative, experiential study.  Please reach out to Accent’s Program Development team at  development@accentglobal.com  if you are interested in discussing these ideas for your current or future study abroad program.